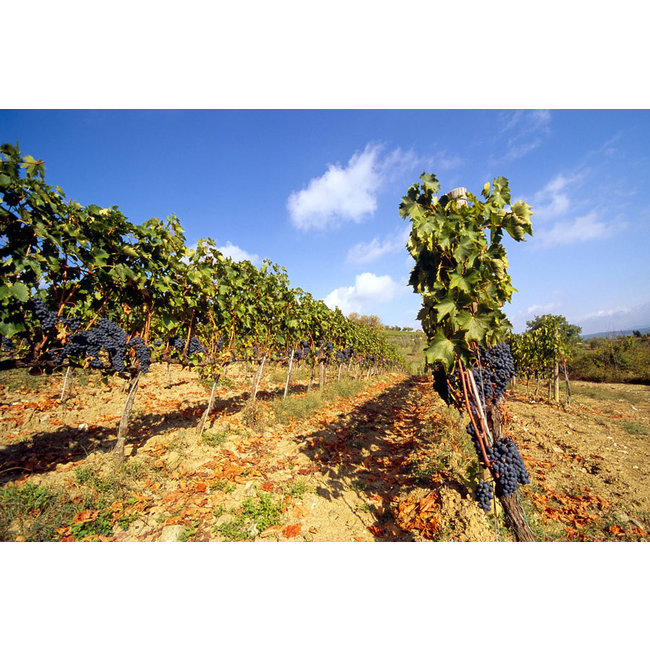 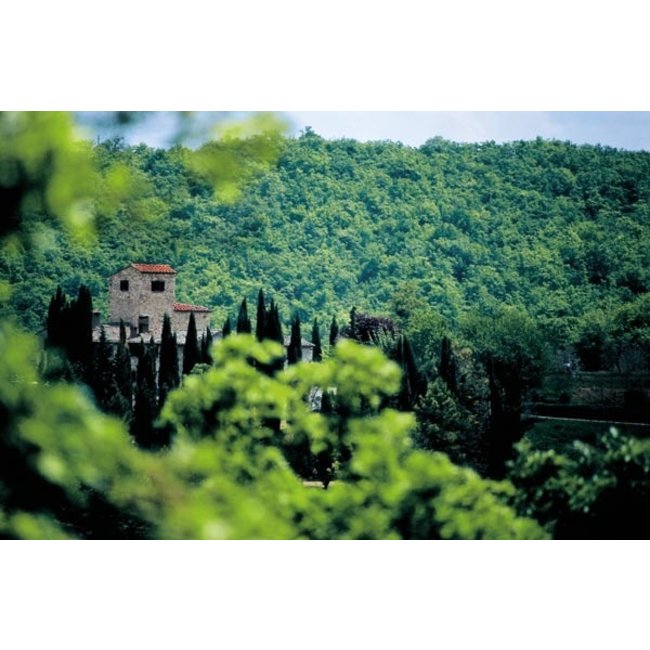 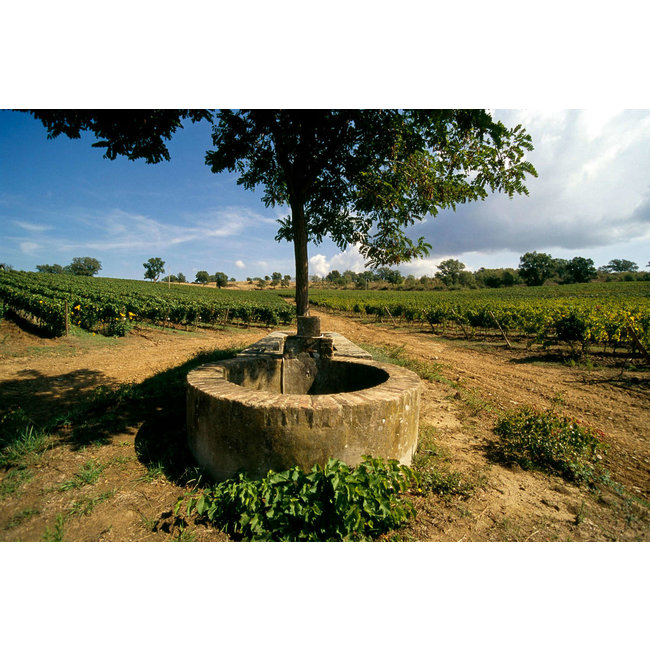 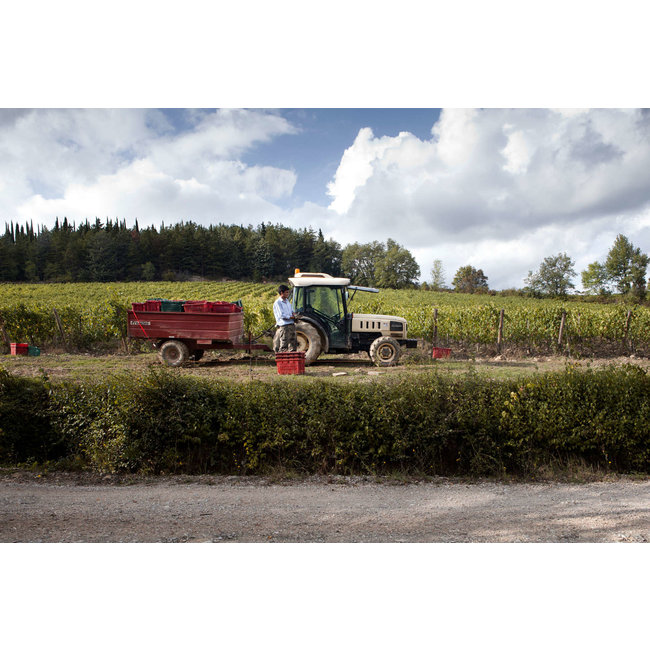 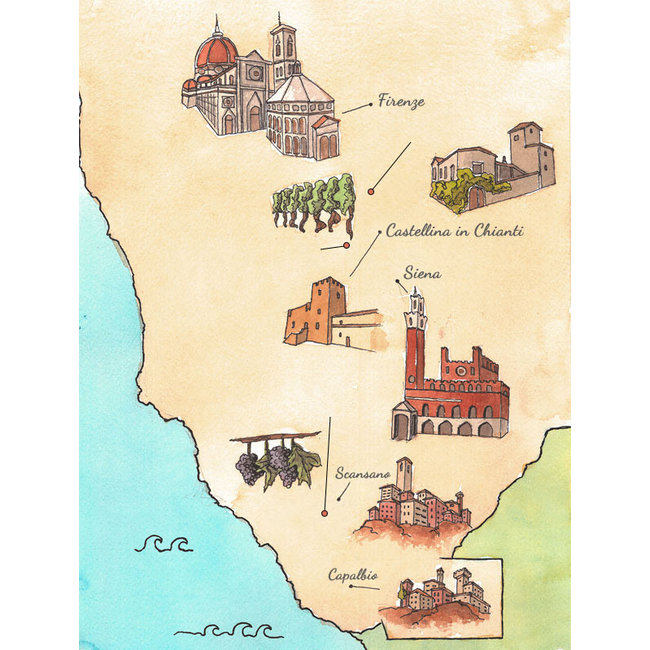 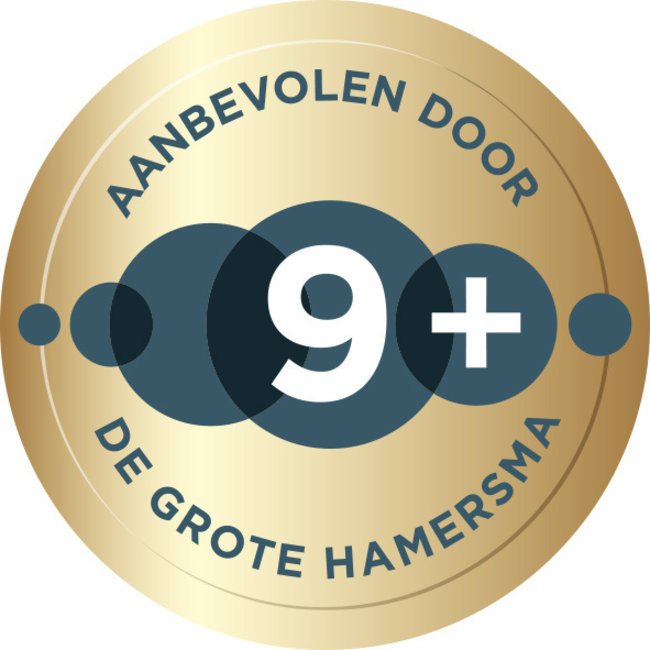 Casanuova di Nittardi has a rich ruby red color.Intense red fruit character - ripe cherries and plums dominate, with interesting notes of garrigue and white pepper.The taste has a beautifully elegant and juicy structure with an important tannin backbone that gives the wine length and graceful aging.We like to drink the wine with a traditional Ossobuco in Bianco or with a Peposo dell'Impruneta, in addition, it can be beautifully combined with meat dishes and various pastas, preferably with squirrel bread.Best served at around 16 ° C (slightly cooler than you would normally serve your red wine).

Since 1981, Nittardi has paid an annual tribute to Michelangelo by having internationally recognized artists such as Hundertwasser, Yoko Ono, Günter Grass or Dario Fo make the label and a wrapping paper. The artwork for the vintage 2016 was entrusted to British artist Allen Jones. His provocative work is best known for his interest in gender and power relations, and it has had a significant impact on 20th century pop culture. 2016 is unique in Nittardi's history, as Jones created two different wrapping papers: in addition to the ordinary, he painted a second paper that envelops a secret edition of bottles coming out of Nittardi's dark cellar.

The Casanuova di Nittardi vineyard is a pure Sangiovese from the vineyard "Vigna Doghessa". The vineyard is located on a south-facing hill at 450 meters above sea level and has a soil full of slate, which gives the wine a strong minerality and pleasant freshness.

A perfect vintage 2016 comes after the excellent vintage 2015 and in the future we will spend many evenings discussing which vintage of this great couple is our favorite. After a mild winter with abundant rain, buds broke out in early April. Dry and warm weather dominated the spring and summer, and a few showers in July and August ensured enough water to keep our vines healthy without significant water stress. Vigna Doghessa was picked on September 10 and 11, 2016. 2016 is a classic, hedonistic warm vintage and can be compared to 2006 and 2010. At the moment, the 2016 wines seem more open, round and ready to drink compared to their more sober brothers and sisters from 2015 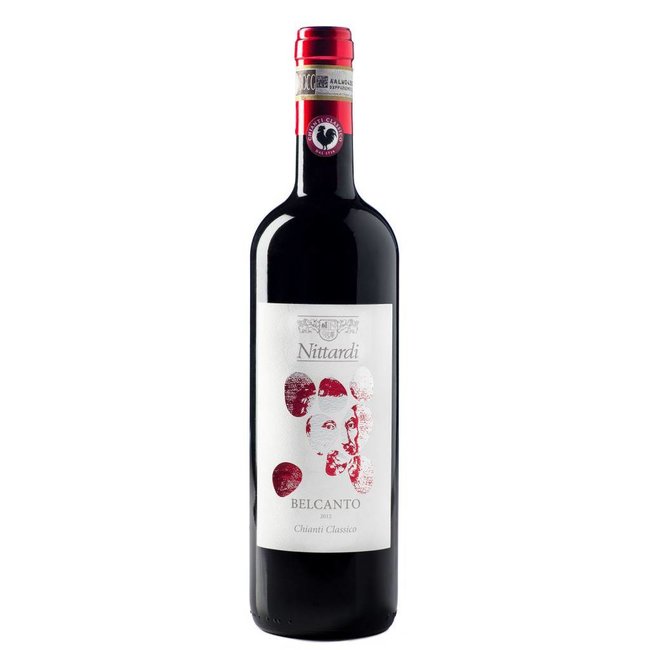 In the music world Belcanto stands for harmony that radiates a complete work. Be..
€--,-- 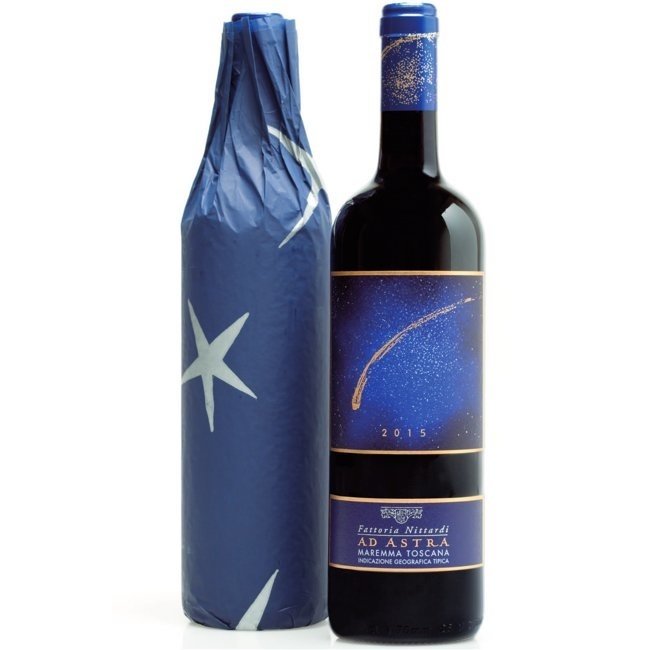 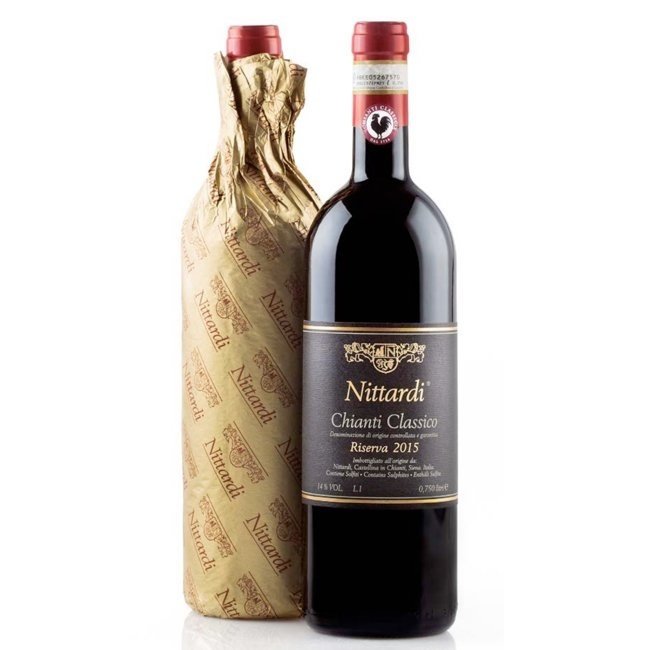 Nittardi Riserva has an intense ruby ​​red color. In the nose intensive arom..
€--,-- 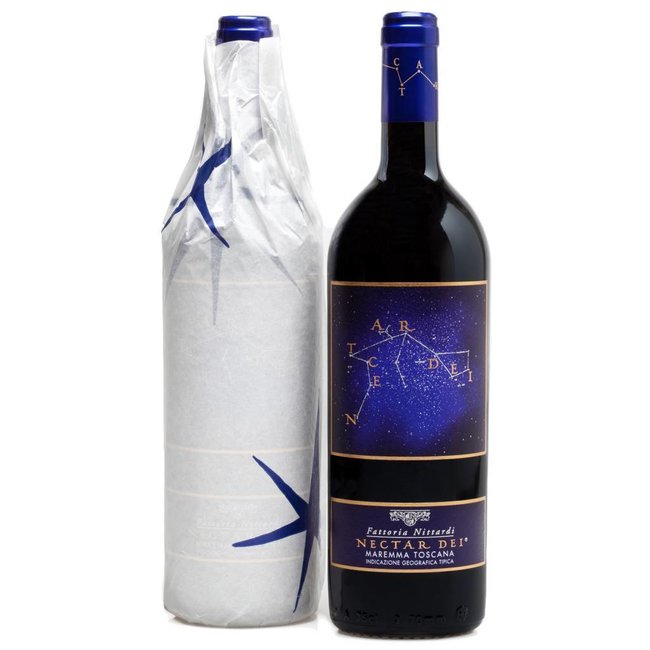 The wine Nectar Dei is the Super Premium Wine of Nittardi and was baptized with ..
€--,-- 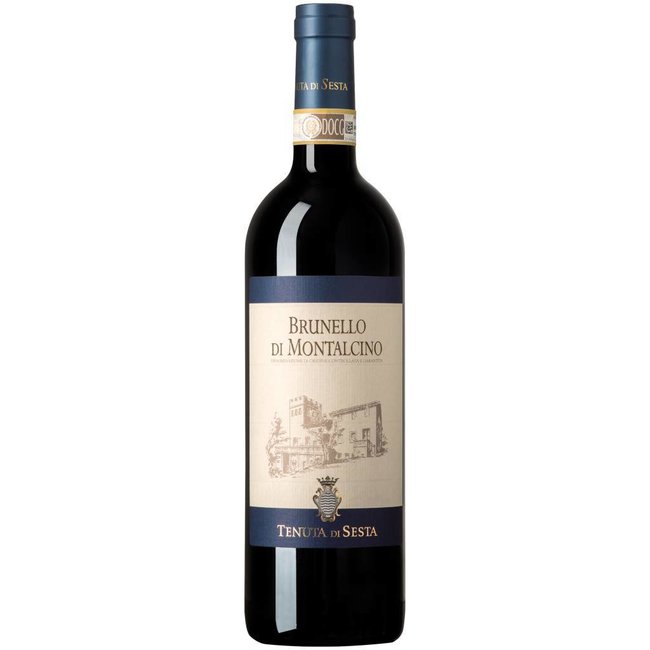 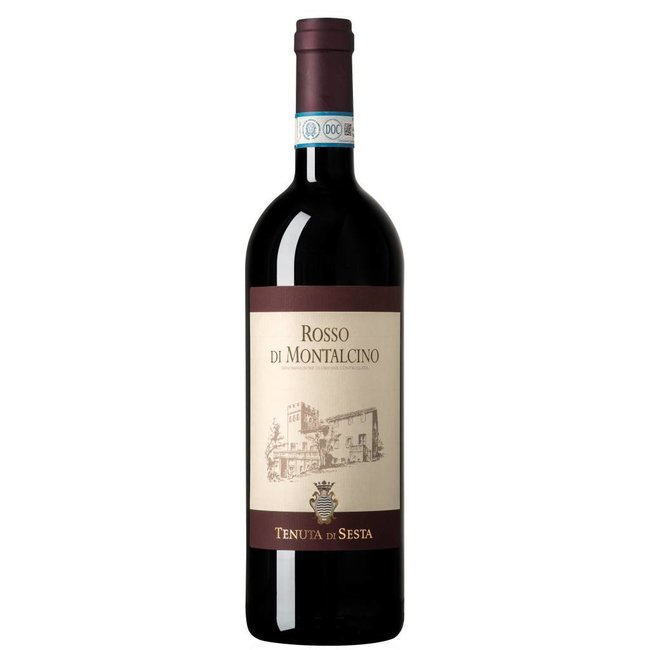 Made from 100% Sangiovese, Rosso di Montalcino is considered Brunello's younger ..
€--,--